Royal Pedregal is a grand tourism hotel in Mexico City with modernist architectural style to suit the needs of business travelers and families alike. The hotel was built in 1992 and has suffered numerous renewals and improvements since then. We boast the H Badge by the Secretary of Tourism and one of our restaurants has been awarded by the Hotel Association as the best hotel restaurant.

Within driving distance of the World Trade Center, this Mexico City hotel features modern amenities and many thoughtful on-site facilities, including a business center, an outdoor pool and an indoor pool only for adults.

Guests staying at the Royal Pedregal hotel are provided with a number of modern amenities, including wireless internet access, in-room and coffeemakers. The hotel also features an on-site barbershop. 24 hours a day room service.

With on-site concierge services, guests at the Pedregal Royal can easily arrange tours, excursions and trips in the surrounding area. Downtown Mexico City is also nearby and offers an exciting nightlife, local restaurants and shopping centers. 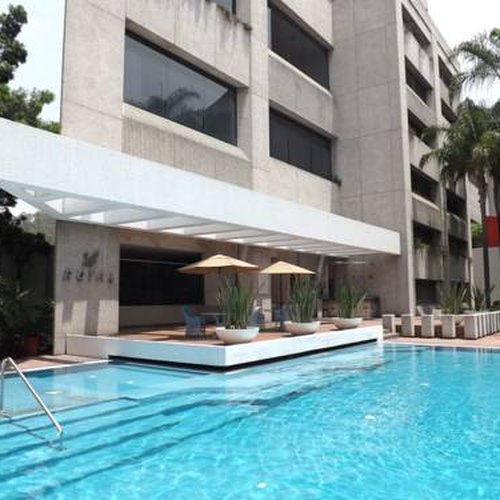